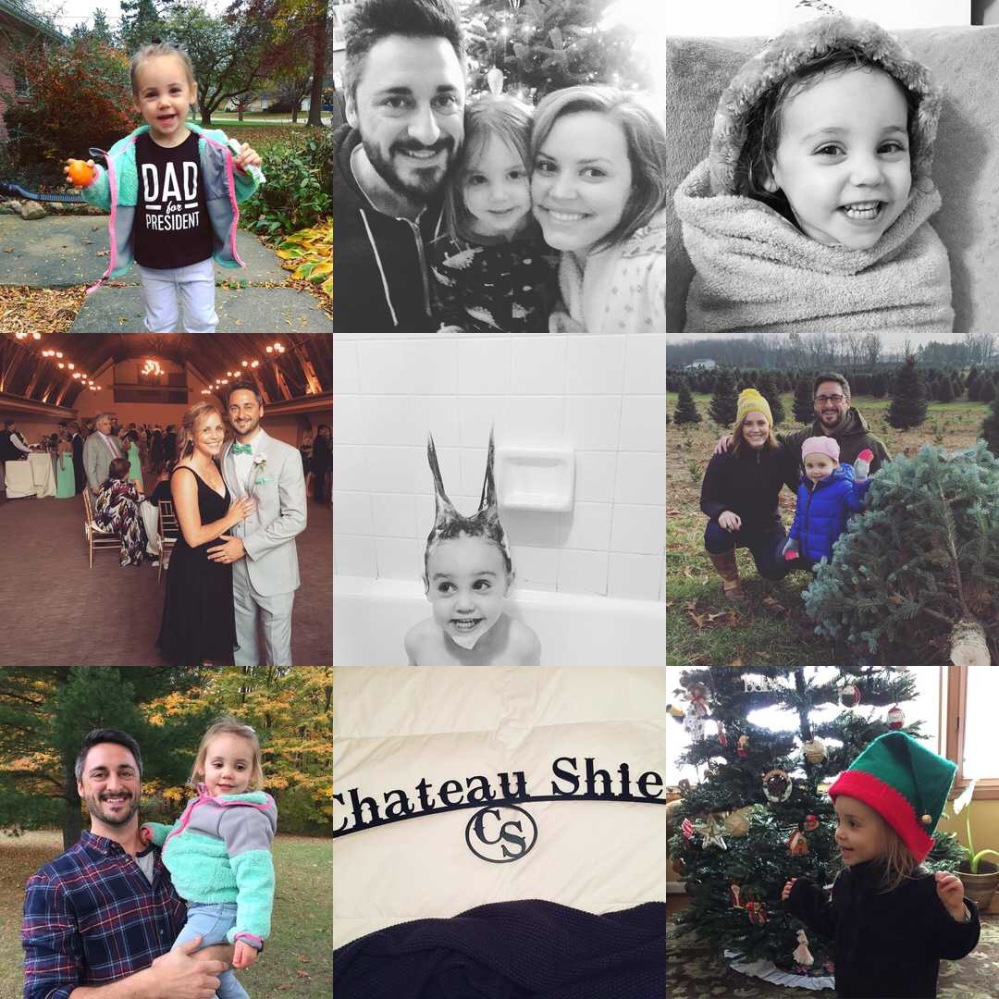 I’ve struggled to put this past year into words. It’s been the worst as a whole with the brightest spots of beauty, joy, love, and grace perfectly placed to create a #2016bestnine.

In truth, the moments were much more than posed pictures. They were divine intervention. God’s hand placed heavily on my heart, proclaiming his presence.

In a nutshell, the following words to describe the year are:

We had a miscarriage at the beginning of the year. It felt so perfectly timed to have kids 2.5 years apart but while it was still a vague reality, we had a haunting miscarriage.

It was never viable so I don’t even know if I can call it a death. Isn’t that something? A molar pregnancy. It’s characterized by extremely high levels of the pregnancy hormone (at 7 weeks, my hormone level was that of a full term mom of twins), excessive bleeding, and a risk for cancer-causing cells.

I thought the effects of a normal pregnancy were awful but a molar pregnancy is 100x worse. A week after the miscarriage I was still throwing up constantly which was a warning to my doctor to order some blood tests.

The office called me twice the day after my blood was drawn and left a message to tell me I needed to come into the office immediately. That’s where Fred and I learned about the possibility of a molar pregnancy and what that meant for us.

I had an ultrasound without pictures to show. I had more blood drawn so the hospital could get blood reserved for my surgery; it’s standard procedure with a molar pregnancy due to the risk of excessive bleeding but I was already low in blood volume from the week prior.

I lost a liter of blood in surgery. I don’t know how much I lost the week earlier but it was a lot. (I learned through all of this that most miscarriages don’t look like the scene from Carrie. Live and learn!)

I also learned that when you lose a lot of blood you don’t feel quite like yourself for a long time afterwards. When everyone else has moved on, you still drag. Mostly physically but that affects you emotionally as well.

Oh, and the risk of cancer-causing cells is monitored post surgery with 6 months of weekly blood work. Which means you don’t really get to grieve the loss after surgery because you’re still in it for half a year. It’s exhausting.

There was so much good in the year but the bad seemed stacked up. I mean, it was. It overlapped. It overwhelmed.

God was with us the whole time, reminding us of his promises, bringing people into our lives to speak his truth. But still, 2016 was hard.

I’m looking forward to leaving it behind me.